Please note this conference has ended 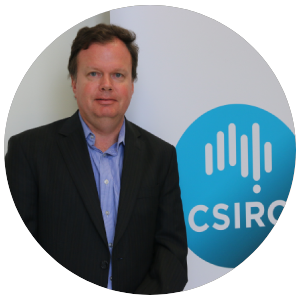 Andrew is a Senior Principal Research Scientist at the CSIRO Land and Water business unit, based in Brisbane. He joined CSIRO in 1996, with a passion in developing novel methods to optimise agriculture transport & logistics to increase profitability across the supply chains. Andrew worked closely with various Australian agriculture and forestry industries (including sugar, beef, grains) for 20 years, improving strategic and operational logistics across all segments between farming and marketing.

From 2012, Andrew led the development of Transport Network Strategic Investment Tool (TraNSIT), which is a state-of-the-art model for assessing and optimising infrastructure investments (road upgrades, use of rail versus road, processing and storage facilities) and policy interventions in agriculture logistics. It holistically estimates the transport benefits across the freight network, by analysing every possible vehicle and rail trip each year, and optimising routes between all enterprises in the supply network. Andrew has a background in operations research and received his PhD from Queensland University of Technology on the topic of optimising rail freight schedules. 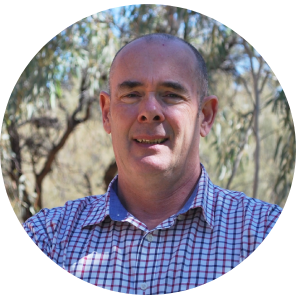 Dr. Steve Rogers is the CEO of The Centre for Appropriate Technology Ltd (CfAT Ltd), an Aboriginal controlled not for profit company based in Alice Springs, operating across rural and remote Australia. The company’s core business is the provision of effective and appropriate infrastructure solutions to the challenges people in remote areas face, such as reliable power, digital connectivity, water supply and built infrastructure.

Dr Rogers is an experienced company director currently holding Directorships with Ekistica Pty Ltd (CfAT Ltd.’s wholly owned commercial subsidiary), CfATMPJV Pty Ltd and Territory NRM. He has a leadership background in research and technology development in the environment sector and commercial technology development in the mining exploration and mineral processing industries. He has led the transition of CfAT Ltd from a government grant, block funded NGO to a sustainable commercial company, and has a strong vision for CfAT Ltd as a national organisation delivering the technology innovation needed to stimulate economic development across remote Australia. 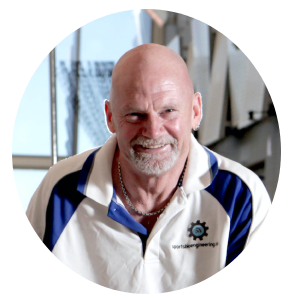 Dr Jim Lee is a human movement scientist at Charles Darwin University. He attained his PhD in Exercise Science at the University of the Sunshine Coast QLD, in 2010.

In the early years of his research career, Dr Lee’s work focused on microtechnology development, particularly in swimming applications. In 2012, he spent the year at the Keio University in Japan, having won a Japan Society for the Promotion of Science (JSPS) Research Fellowship. Here, Dr Lee primarily investigated gait in lower limb amputees, but also swimming and horse biomechanics.

Throughout 2016 and 2017, Dr Lee was the main driver at CDU for inclusion in the successful iMOVE cooperative research centre (CRC) bid. This is a national CRC that is aiming to improve all facets of transportation in Australia for the next 30 to 40 years. The main focus of Dr Lee’s work will not only be on driver safety, but also development of cattle monitoring during transportation.

In 2011, Dr Lee won the inaugural ICT Geelong CSIRO-AIS Prize for Best Sports Technology. He also has close to 50 journal and conference publications under his belt, mainly in the areas of wearable technology development for monitoring human movement. 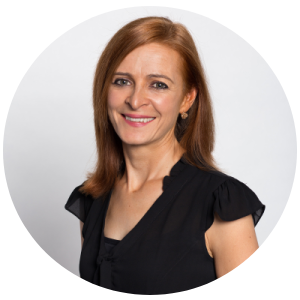 Penny Dillon has overseen the Optus Sustainable Transport program successfully for 5 years.  Using her experience in transport, communications and consumer insights, she has driven the evolution of sustainable transport at Optus to become an award-winning program.  It is also the most successful and longest-running workplace travel plan in Australia, having the lowest drive alone mode share of any business in Macquarie Park.  Penny’s experience spans marketing, project management, transport planning, communications, change management and stakeholder management.  She is an advocate for sustainable transport both at Optus and within Macquarie Park, leading a national transport team to deliver a positive employee experience for 11,000+ Optus people.  She is currently charged with preparing Optus’ Macquarie Park campus for the upcoming Epping-Chatswood rail closure, which will see over 90% of employees impacted by the temporary closure. 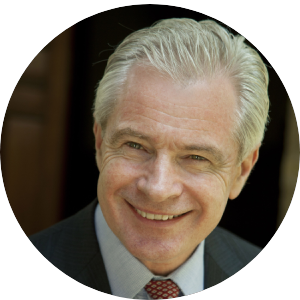 Ian Satchwell was recently appointed Executive Director Economic and Environment Policy in the Department of the Chief Minister, Government of the Northern Territory of Australia. He also holds the positions of Adjunct Professor at the Sustainable Minerals Institute at the University of Queensland and Senior Fellow at the Perth USAsia Centre at The University of Western Australia.

Ian is based in Darwin, Australia’s closest city to Asia, about one hour’s flying time from Indonesia and Timor Leste and abutting the Timor Sea.

Ian has more than 30 years of experience in minerals, energy, and trade and development. He has worked on projects in Australia, Asia, Africa and Latin America. Ian has been a policy adviser to the Indonesian Ministry of Trade and Ministry of Energy and Mineral Resources.

Between 2011 and 2015, Ian was Director of the International Mining for Development Centre, a joint venture between The University of Western Australia and The University of Queensland, supported by the Australian Government. The Centre provided research, advisory, education and training services to resource-rich developing nations to support development of strong mining governance regimes.

Ian has held senior management roles in Australian economics consultancy firms, advising industry and government on strategies for development of minerals and energy, infrastructure and local economies. Previously, Ian held executive positions within four different minerals and energy industry bodies, including the Minerals Council of Australia, where he was Director, Environment.

Ian is a former National President of the Australia Indonesia Business Council and former Board Member of the Committee for Economic Development of Australia. and a Member of the Green Business Task Force of the UN Economic and Social Commission for Asia and the Pacific. 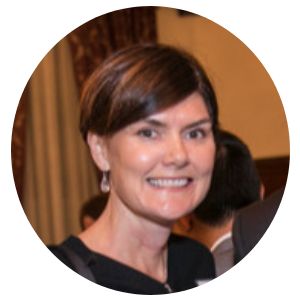 Sherri Fields is the Principal Manager of Research, at TNSW. In June 2018, TfNSW launched a new research engagement model, supported by an online platform - the Research Hub. The Research Hub is aligned with Future Transport Strategy 2056 and is based on direct engagement with research partners. Her work is focused on collaborating with Universities to undertake practical and innovative research projects to address TfNSW challenges. 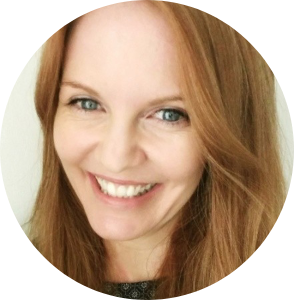 Sue Brouwers is a registered psychologist, has an honours degree in psychology, a master’s degree in Organisational psychology and a PhD in Organisational Psychology. Sue has 7 years of research and publication experience from Macquarie University. With an applied focus of research, she has used car driving, flight, train control and medical simulations to investigate how operators use visual cues at different levels of expertise. Sue Brouwers joined TfNSW’s Research Unit in Oct 2017 and has been working with Sherri’s research team in setting up an internal, collaborative research Hub. 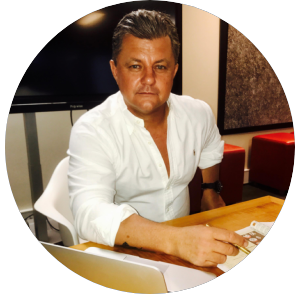 Founder and creator of DriveAbout, Clint Hoffmann, saw a need in the remote Northern Territory to innovatively educate people who are essentially illiterate by way of a ‘best in class’ edutech solution. By converting the road rule book (that was nearly as old as the bible) and the related test into educational competency based animation and a test delivered from a mobile ‘app’ - he knew he had a solution that could be converted into Aboriginal language.

He also knew, right from the start of the project in 2012, that he would also solve a problem in mainstream as teenagers weren’t reading the book and that digital apps were the way forward – he also had the vision and the passion as well as the external validation to know he could take DriveAbout worldwide.

Clint is a Chartered Accountant and accredited trainer with over 25 years’ experience. He has been the Managing Director of Ambrose Solutions since he left Ernst & Young 17 years ago. Clinton has used all of his professional skills to take DriveAbout from concept through to development working with key stakeholders including Corporates, Automobile Associations and all levels of Government.

Clint has built an excellent team with across the globe and they are confident that they can work together to leverage the Australian based solution efficiently, effectively and economically across the globe.

Clint has taken the DriveAbout app through the Harvard Business School’s Launching New Ventures program 2017 as well as the Stanford Business School Entrepreneurial Program for Social Entrepreneurship 2018; where he received excellent validation. He is also working closely with Austrade who see excellent application world-wide and DriveAbout was also selected in the inaugural Austrade EduTech trade Mission to the USA in 2018. 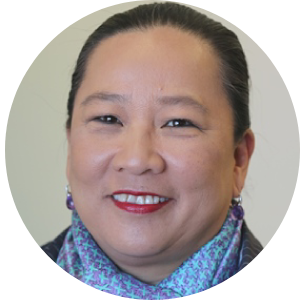 Camille is a leader in the IT Industry in Darwin and is NOT a licenced drone pilot.  She has worked internationally and nationally in the IT Industry for some of the largest companies in the world, but has always called Darwin home.  Camille is the Regional Manager – Northern Australia for SRA Information Technology (a commercially licenced drone organisation).  She is an advocate for the IT Industry (through the ICT Industry Association) and for the Buy Local and has experience across many industry sectors, including manufacturing and research & development.  Camille is the Deputy Chair of the Defence Reserves Support Council and a member of the Board of Top End Group Training.